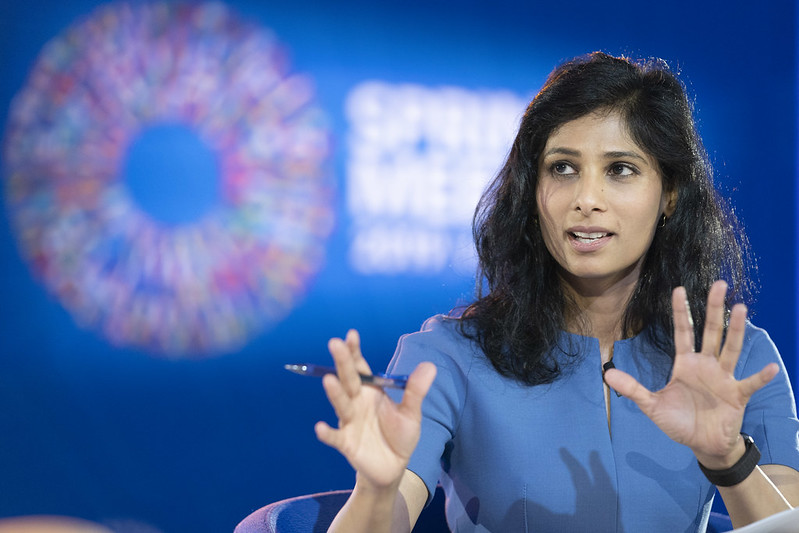 Gopinath, who was scheduled to return to her academic position at Harvard University in January 2022, has served as the IMF’s chief economist for three years.

“Both Geoffrey and Gita are tremendous colleagues — I am sad to see Geoffrey go but, at the same time, I am delighted that Gita has decided to stay and accept the new responsibility of being our FDMD,” said Kristalina Georgieva, IMF’s Managing Director.

In 2018, Gopinath became the second Indian after former RBI governor Raghuram Rajan to be appointed as chief economist of the International Monetary Fund. Prior to that, she was serving as the John Zwaanstra Professor of International Studies and Economics at Harvard University.

Born and brought up in India, Gopinath is a US citizen and an overseas citizen of India.

She pursued her PhD in Economics from Princeton University in 2001 following her MA degrees from both the University of Washington and Delhi School of Economics. She did her undergraduate studies in Bachelors in Arts program from Delhi University.

After completing her PhD, Gopinath subsequently joined the University of Chicago’s Graduate School of Business as an Assistant Professor.

She joined Harvard in 2005 and, later, became a tenured Professor at the Ivy-league institute in 2010.