Veteran Naga politician and recent Padma Shree awardee Dr. SC Jamir has urged upon the media in the state to focus attention towards the welfare of the common people by highlighting their problems instead of focussing mostly on speeches of politicians.

He called upon the media to remind people that they are living in 21stcentury and should prepare for 22nd century. “Nagas should have a forward-looking attitude, vision and thinking,” and therefore urged Nagas to script a new history. 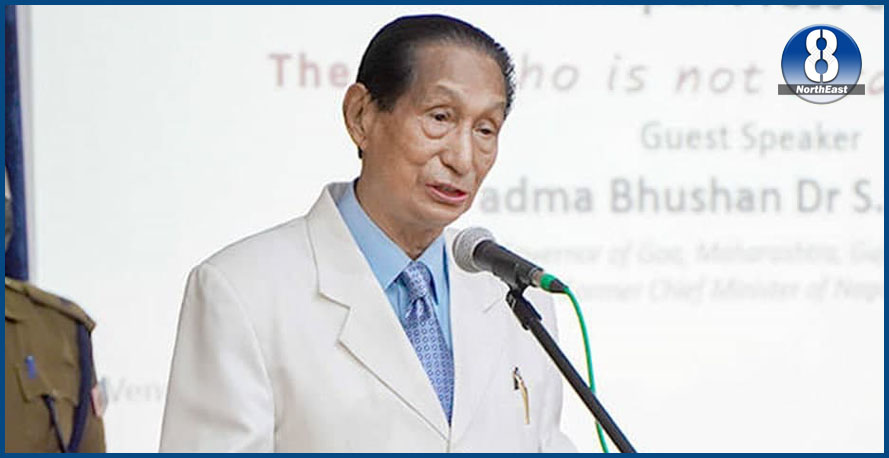 The 90-year-old Dr. Jamir, the five-time chief minister of Nagaland and who had a prolonged stint as governor of Goa, Maharashtra, Gujarat and Odisha from 2004 to 2018, and the only surviving member of the Naga People’s Convention (NPC) which negotiated the 16 Point Agreement with the government of India in 1960, also called for a harmonious relationship between the media and people.

Dr. Jamir was speaking as guest speaker on the occasion of National Press Day organised by DPC at DBIDL Hall here on Tuesday. He also urged upon the press to be messengers of truth, reality and unity among Naga people even as rapid advances in the field of science and technology have made today’s society “information society”.

He spoke of the role of Right To Information (RTI) Act that was paramount for society while reminding media about the Fundamental Rights (FR) enshrined in the Constitution of India.

Dr. Jamir however pointed out that certain restrictions were being put on these rights in the name of security, decency, morality. He noted “Though there is freedom of press and freedom of expression, there are areas where we cannot go beyond.”

He also maintained that even though democracy provided citizens freedom and rights, these had to be complemented with certain obligation and responsibilities.

He said unlimited freedom of speech and expression could become dangerous beyond a particular point.