A Pakistani fishing boat with six crew members and carrying 77 kg of heroin worth around Rs 400 crore was apprehended in the Indian waters off the Gujarat coast, defence officials said on Monday.

The drug seizure was made on Sunday night in a joint operation by the Indian Coast Guard and the Gujarat Anti-Terrorist Squad (ATS), they said. 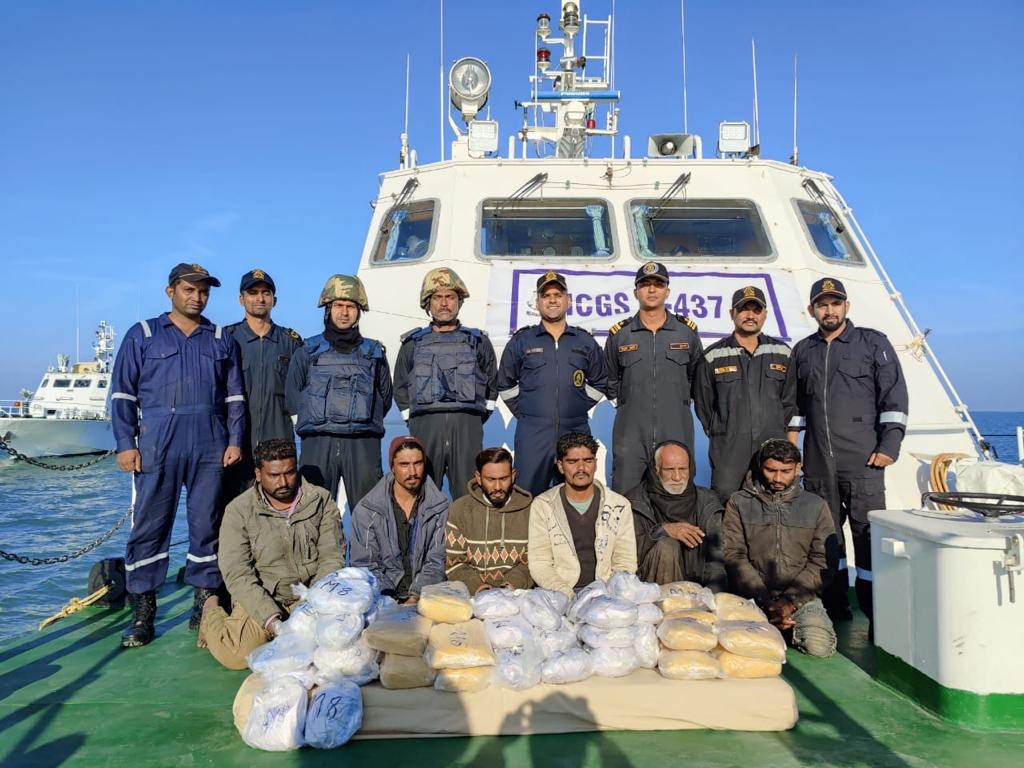 Gujarat’s defence PRO in a tweet said the Coast Guard in a joint operation with the state ATS apprehended the Pakistani fishing boat ‘Al Huseini’ with six crew members on board in the Indian waters.

In a joint operation, the Indian Coast Guard (@IndiaCoastGuard) and the #Gujarat-Anti Terrorist Squad (ATS) have seized 77 kg of heroin worth around Rs 400 crore from a Pakistani fishing boat off the Gujarat coast, officials said. pic.twitter.com/6ehDRpdFIe

They seized “77 kg of heroin worth approximately Rs 400 crore,” the tweet said.
The boat was brought to the Jakhau coast in Kutch district of Gujarat for further investigation, it stated.