Two monkeys, reportedly involved in the “revenge killing” of more than 250 dogs, have been captured by the forest department in Maharashtra’s Beed.

The monkeys involved in the killing of dogs have been captured by a Nagpur forest department team in Beed,” Beed forest officer Sachin Kand was quoted as saying by a news agency. “Both the monkeys are being shifted to Nagpur to be released in a nearby forest,” the forest official said.

According to several reports, the dogs were killed in an act of revenge by the simians after a few dogs killed an infant monkey.

Villagers have said the monkeys had been raising their children in the Lavool village.

“In the last two-three months, there have been incidents where the langurs roaming in the area would catch puppies and take them to a place with considerable height to throw them from there. At least 250 dogs have been killed so far,” a villager said.

The villagers then contacted Dharur’s forest department after the monkeys began picking up school-going children as well. 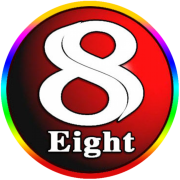