One Smuggler Arrested by Assam Police

In yet another successful crackdown on the illegal drugs trade in the state, Assam police seized one lakh Yaba tablets near Ratabari police station area in Karimganj district on Wednesday night.

Police have also arrested one individual in the connection. 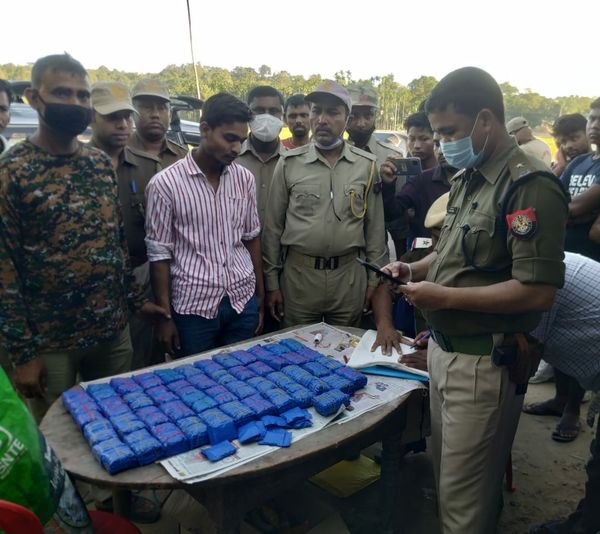 The arrested person has been identified as Burhan Uddin.

Acting on a tip-off, a Karimganj Police team intercepted a vehicle during routine checking and recovered the huge quantity of yaba tablets.

The approximate value of the seized yaba tablets is Rs 3 crores.

#WarOnDrugs
In a successful operation, a team of Veterbond AD camp under Ratabari PS recovered a huge consignment of 100,000 YABA tablets worth 3 crores which was on the way from Aizawl. 1 arrested and an Innova detained. #AssamAgainstDrugs @assampolice @DGPAssamPolice pic.twitter.com/TbYPknTXth

According to the Additional Superintendent of police (SP) Karimganj, Pankaj Jadav, the vehicle was on its way to Nilambazar area of Karimganj from Aizwal, Mizoram when it was intercepted by the police team.

Further investigation into the case is underway.