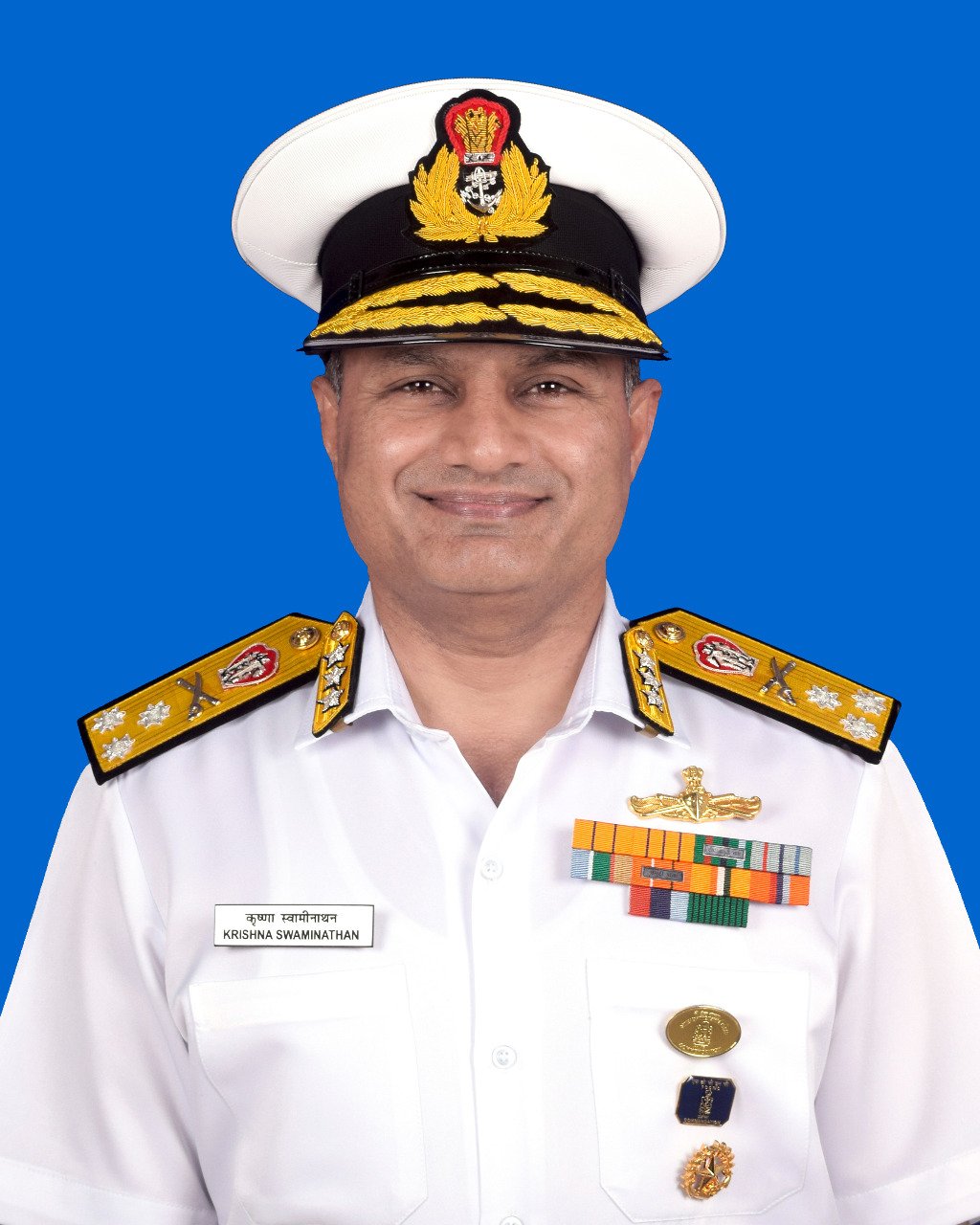 Commissioned into the Indian Navy on 01 Jul 1987, Admiral Swaminathan is a specialist in Communication and Electronic Warfare and an alumnus of the National Defence Academy, Khadakvasla; the Joint Services Command and Staff College, Shrivenham, United Kingdom; the College of Naval Warfare, Karanja; and the United States Naval War College, NewPort, Rhode Island, USA.

He has held several key operational, staff and training appointments in his naval career including the command of missile vessels INS Vidyut and Vinash; the missile corvette, INS Kulish; the guided missile destroyer, INS Mysore and the aircraft carrier, INS Vikramaditya.

On promotion to the flag rank, he served as the Chief Staff Officer (Training) at Headquarters Southern Naval Command, Kochi and played a key role in the conduct of all training in the Indian Navy.

He was simultaneously instrumental in raising the Indian Navy Safety Team that oversees operational safety across all verticals of the Navy. He went on from there to head the work up organisation of the Indian Navy as Flag Officer Sea Training, and was thereafter privileged to tenant the extremely prestigious appointment of Flag Officer Commanding Western Fleet.

On completion of an eventful Fleet Command, he was appointed Flag Officer Offshore Defence Advisory Group and Advisor Offshore Security and Defence to the Government of India and functioned in that capacity prior to assuming his current assignment.