TMC Youth Congress chief Saayoni Ghosh has been arrested in Tripura for trying to mow down BJP workers at a public meeting.

She was detained 24 hours before a planned visit by TMC’s national general secretary Abhishek Banerjee. 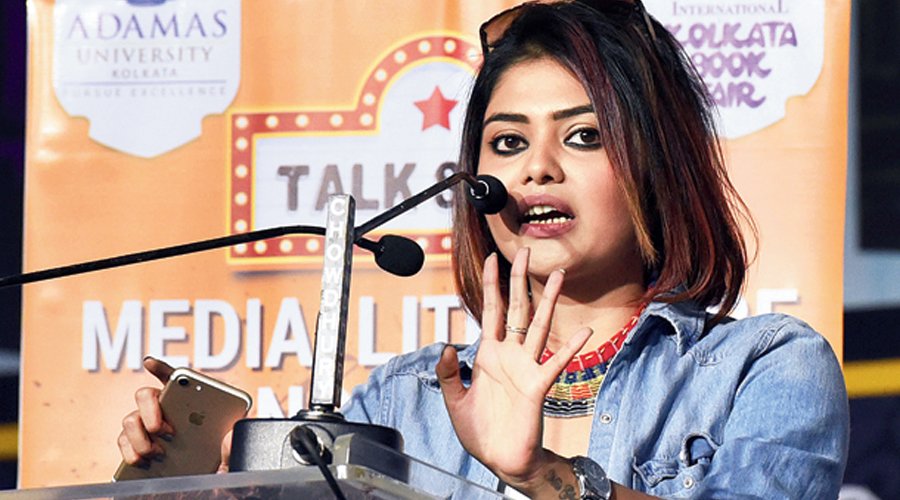 BJ Reddy, Additional SP (Urban), West Tripura said that Ghosh has been arrested based on preliminary evidence and a case under sections 307, 153 of IPC has been registered against her.

This comes after TMC MP Sushmita Dev claimed that their workers were also roughed up by BJP supporters outside the East Agartala Women’s police station.

A police official said that a BJP worker lodged a complaint that when a street corner gathering was being addressed by Chief Minister Biplab Kumar Deb on Saturday night, Ghosh arrived there and shouted “Khela hobey” (game will happen).

She has been arrested based on preliminary evidence. We've registered a case under sections 307, 153 of IPC: BJ Reddy, Addl SP (Urban),West Tripura pic.twitter.com/6SvcI6V5rd

Meanwhile, a delegation of more than 15 TMC MPs will reach Delhi tonight.

They have sought an appointment with the Union Home Minister Amit Shah over the alleged police brutality in Tripura and they will sit on a dharna from tomorrow morning in the national capital.