The Assam Cabinet which met at Bongaigaon Deputy Commissioner’s office on Wednesday decided to set up a committee under the chairmanship of Amguri MLA Pradip Hazarika to study the illegal land occupation as well as to free the satras of illegal occupation of their lands.

Hazarika will have the rank of Cabinet Minister. The Cabinet meeting was presided over by Chief Minister Himanta Biswa Sarma. 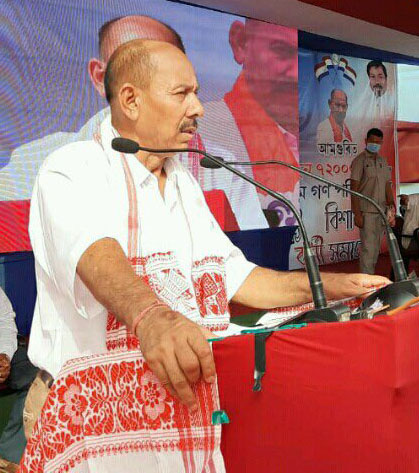 The Cabinet has also decided to introduce significant changes in the educational sector of the state as per the new National Educational policy.

It has also decided to form a Youth Commission to train the candidates for competitive exams like medical and engineering as also formation of a trust for the martyrs of Assam Agitation.

It has also decided to do away with language paper in Assam Public Service Commission; instead, they have to be permanent residents of Assam and should know a regional language other than the Assamese language.

People who do not have ‘land patta will be provided with compensation under ‘Assam Mala Achoni,’ it was decided.

It was also decided to upgrade Bongaigaon college to University within three years.
The Next Cabinet meeting will be held in Haflong on January 5.