Nagaland and Assam governor, Prof. Jagdish Mukhi inaugurated an exhibition of portraits of former chief ministers of Nagaland at RCEMPA, Jotsoma on Wednesday. 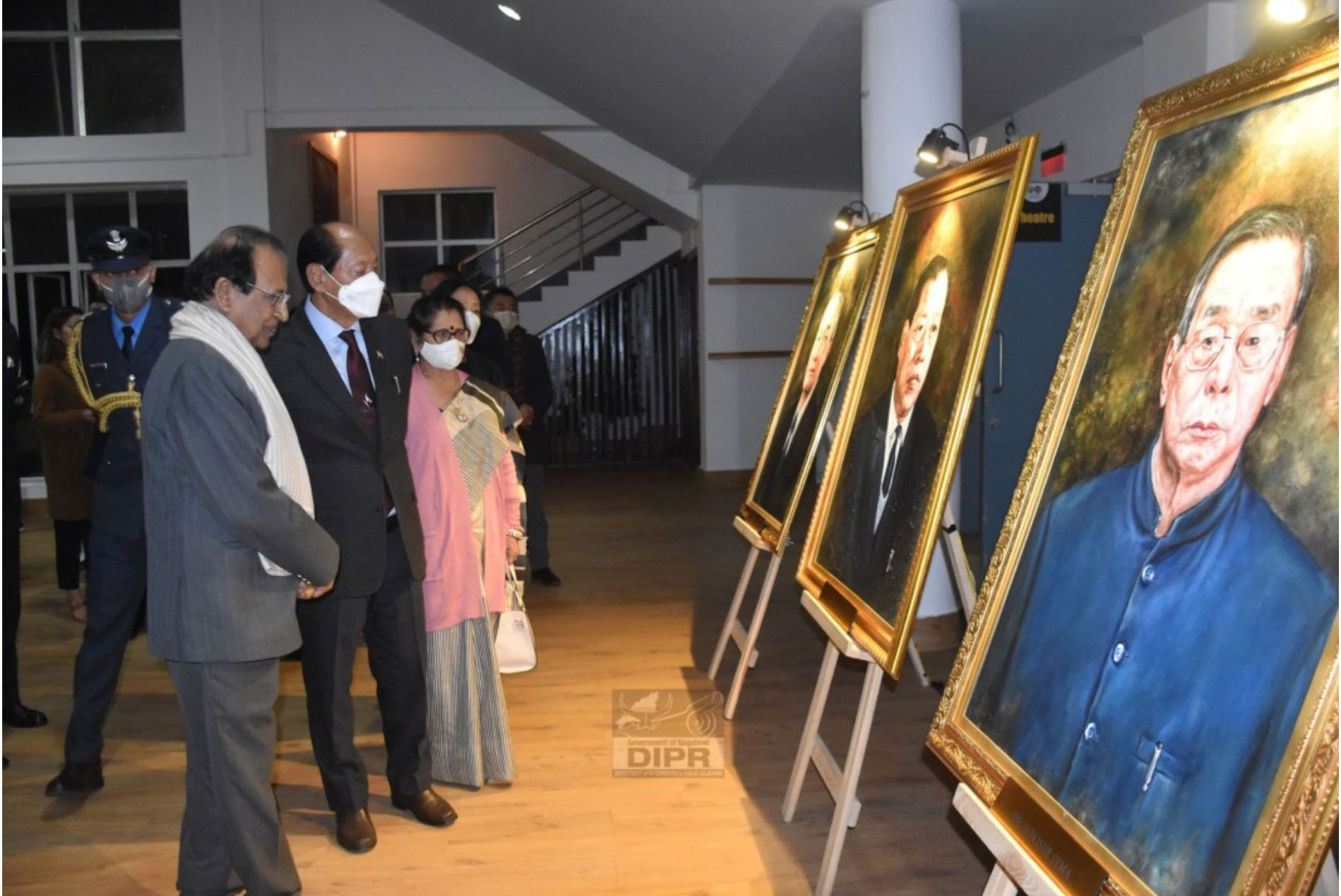 The portraits have been painted by artists from the State and would be kept for viewing by the public at RCEMPA, Jotsoma till the end of November 2021 after which they would be displayed and housed at the State Banquet Hall, Kohima.

Speaking at the inauguration programme, Prof.Mukhi said that the exhibition takes one through the different eras of the Nagas under the leadership of different chief ministers—the struggle, challenges and achievements that the people have gone through.

He said that it was also a great moment to retrospect and make necessary improvements.

Mukhi said that it was imperative for the country to develop in soft power such as sports and music, in which Nagaland has a huge potential to be a leader in this front.

Governor, Nagaland, @jagdishmukhi stated that it is imperative for the country to develop in soft power such as sports and music, in which Nagaland has a huge potential during the inauguration of exhibition of portraits of former Chief Ministers of Nagaland on 17th Nov 2021 pic.twitter.com/EeOhQQDkPK

Asserting that the youth were amongst the best in the country and the world, he said the government’s endeavour would be to help create an ecosystem of optimum opportunities for them in the State so they not only help overcome the development differentials with the most advanced states of the country, but outdo them also.

State chief minister Neiphiu Rio, who also spoke at the programme, said that Task Force for Music & Arts (TaFMA) was conceptualized to promote musicians and artists of the State.

With Nagas gifted with musical and artistic abilities, he stated that training was needed.

As Mizoram and TaFMA were partnering to promote the talents of youth from the two states, he expressed hope that through the initiative they would learn from each other.

Assam To Build Road In Memory Of Martyr Suman Swargiary

Bureaucracy Has Developed Inertia, Wants Court To Do Everything: SC