Shri Surendra Kumar had joined the 1 Asssam Battalion NCC in the year 1948 and had obtained C Certificate. 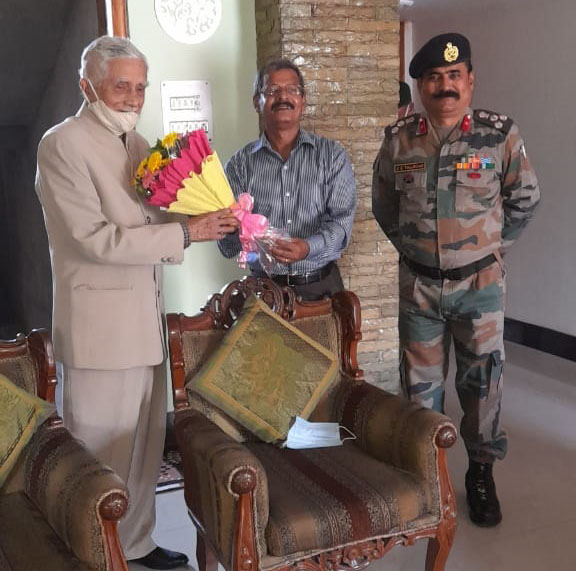 During his tenure in the NCC he won the Best Cadet Trophy three consecutive years from 1950 to 1953.

He had also represented the NER Dte NCC(then known as Number 9 Circle NCC in 1952 and took the best circle award in the next year, he again represented NER contingent which was awarded the best turnout, best discipline and best drill award.

The ADG thanked Shri Surendra Kumar for leaving indelible mark of NER in the national capital more than seven decades ago.

The General presented him with bouquet and gamocha.