A Traveler bus going from Indore’s Indrapuri area to Mathura Vrindavan collided with a container in Barkheda under Binaganj police post of the Guna district, in Madhya Pradesh, at 5 am today and the bus caught fire on the impact of the crash.

Three youths, including a brother-sister duo were among the dead.

Four people have been injured, as per official sources. 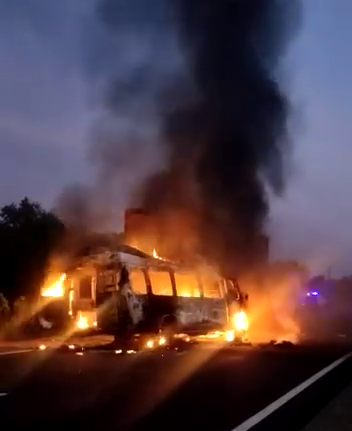 The police and administrative officials reached the spot and made efforts to extinguish the fire in the bus with fire engines.

Villagers Allow Hundreds of Cows to Trample Them in Diwali Ritual