Acting on a tip off, an operation was conducted on Sunday at 5 pm at Lahorijan Dudu Colony under Khakhati police station of Bokajan subdivision in Karbi Anglong.

In this connection three persons were nabbed by Khatkhati police. 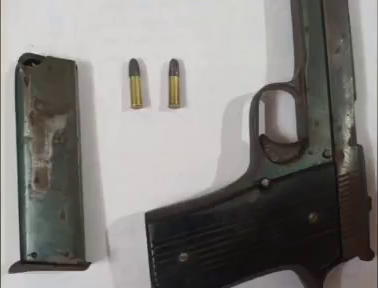 One 0.22mm pistol along with one magazine and two rounds of live ammunition were recovered from their possession, police sources said.

The apprehended persons have been identified as Aska Sema (38) son of Sevko, resident of Superket, Dimapur, Ibungo Singha (27) and Boicha Singha (29).

Both the youths were son of late Purna Singha, a resident of Lakhi Nagar Part II under Uriamghat police station, Golaghat, police said